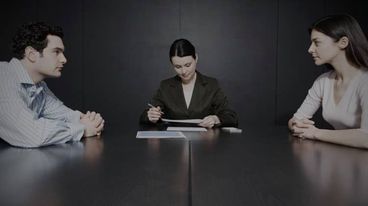 An arbitration clause is a section of a contract that deals with the parties’ rights in the event of a legal dispute. Arbitration is an alternative to litigation, in which disputes are settled out of court with an arbitrator, a neutral third party who makes a binding decision. Arbitration clauses allow the parties to agree to certain limitations such as a maximum and minimum amount awarded for damages, how the arbitrator(s) will be chosen, and the type of disputes that can be arbitrated. Arbitration has the benefit of being private, whereas court hearings are a matter of public record. In addition, arbitration proceedings are generally resolved more expediently than litigation. It is important to note that once a final decision has been made by the arbitrator(s), that final decision becomes binding. Unlike court rulings, arbitration decisions cannot be appealed, except in extremely limited circumstances. Prior to executing a contract, it is important to consider whether you want to potential future disputes regarding the contract to be resolved through arbitration or through the court system. Parties cannot compel the resolution of contractual disputes through arbitration unless they have previously agreed to arbitration in the contract. To determine whether to include an arbitration clause in a new contract or to review the enforceability of an arbitration clause in an existing contract, call the Business Law Group today and speak to an attorney.

Get in touch with our team!

Looking for legal help? Look no further. Fill in our form below and we will be in touch with you to see how we can be of service.